The Snare is set to scare

No Hope, No Way Out, No Turning Back.

The Snare follows three students who get held against their will by a paranormal force that resides in the apartment they booked for a boozy weekend. Not only have they hit the nail on the head genre wise with such films as the popular Paranormal Activity series and The Conjuring being released recently, but from the films trailer this looks rather terrifying. This independent horror is director, writer C.A. Cooper's début and it sounds like he made it a pretty special one! 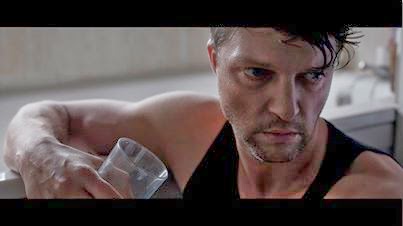 It's safe to say that this man had a clear image of what he wanted to gain from his production and took to bizarre methods to achieve it. Cooper's rather eccentric and maniacal approach is said to have pushed the actors to their absolute limit - but boy did he get the results he wanted.  As well as pushing his cast to physical and emotional extremes he also wanted the fear to be ultimately real. To embody the feeling of being trapped inside, he kept the actors safely in the apartment even after shooting had finished. He also controlled their meals gradually reducing the amount of food he gave them, making their feelings and experiences all the more real (but always kept them hydrated). From the glimpses we get here, it appears such methods have translated on screen and it shall be very interesting to see it in it's entirety.

So, do keep your eyes peeled for what looks to be a very chilling independent horror, as The Snare is set for release very soon.  Take a look at the films trailer and see if The Snare is scary enough for you.